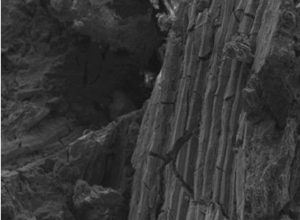 Task 6.1 Development of green processes for PLA production.
Lactic acid will be used to synthesize PLA samples. The synthesis will proceed via sequential chemical reactions of lactide formation followed by polymerization. Different PLA samples will be produced starting from commercial lactic acid and latic acid produced in the project. Polymers will be characterized in terms of chemical and mechanical properties, investigating how the different stereoregularity of the polymer will influence product performances. PLA synthesis will be scaled-up in dedicated reaction vessels.

Task 6.2 Formulation, characterization and application of cardoon flour protein-based films.
Cynara cardunculus was used as a biomass source for the production of both bioactive compounds derived from leaves and proteins extracted from seeds. Naviglio® technology was found as an efficient method to obtain a cardoon leaf extract (CLE) characterized by high phenol content and oxygen scavenging activity (WP1, WP5). On the other hand, CPs were demonstrated to give rise to handleable greenish films endowed with promising mechanical and barrier properties in the presence of glycerol used as plasticizer. Hence, the CLE was used to functionalize the films that were further characterized. Film microstructure observed by SEM revealed a good compatibility among CPs and CLE, showing an uniform distribution of the leaf extract components throughout the film network that reflected, in turn, an improvement in the mechanical and barrier properties of the obtained material.

Task 6.3 PHA functionalization.
PHAs will be functionalized by an enzyme based strategy. Coupling with dimethyl itaconate (DMI) will allow the introduction of reactive side chain vinyl moieties for easy coupling with bioactive molecules.

Task 6.4 Formulation and processing of thermoplastic biopolymers.
In the frame of this activity, mcl PHAs and PHB synthesized  in WP4 were previously characterized by means of structural (GPC, FTIR) and thermal analysis (DSC, TGA), in order to establish their native properties. Finalized to overcome the main drawbacks of PHAs properties, such as no melt strength, high crystallinity, poor mechanical properties, very narrow processability range and aimed at pursue a holistic approach, mcl PHAs synthesized were previously blended with commercial PHB and epoxidized cardoon oil (ECO) obtained in WP2. In addition, commercial PLA have been plasticized with epoxidized cardoon oil provided by WP2, to enhance the thermal and mechanical performance as well as the processing parameters of the polymer. Moreover, in order to obtain functional biocomposites aimed to hasten PLA biodegradation in common soil, PLA based biocomposites have been prepared by exploiting the residual fraction of fibrous presscake recovered after seed oil extraction and ECO as physical compatibilizer, both obtained in WP2.