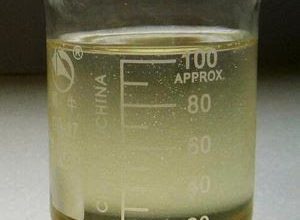 Chemical catalysis . Chemical catalysis has been applied using as oxidants performic acid or hydrogen peroxide. A screening activity of the better catalysts was carried out, starting from the most promising materials based on literature, and considering that the following requirements must be met: 1) high activity in the epoxidation reaction; 2) high selectivity to the epoxidized oil; 3) high resistance to deactivation phenomena due to the adsorption of bulky molecules, such as oil and epoxidized oil; 4) high stability to the leaching of active phase. Acid Resins  were individued as the best heterogenous catalyst with performic acid, while allumina gave very promising results with hydrogen peroxide

Enzymatic catalysis   The synthesis of epoxidized cardoon oil and fatty acids through the application of robust biocatalysts immobilized on renewable biomass (rice husk) under solvent-less conditions has been done.  Selection of lipase was carried out via bioinformatic methods, while immobilization protocols was optimized using a Design of Experiment (DoE) approach. Immobilized enzyme has been applied to 1) a “cascade” transformation of vegetable oil (hydrolysis + epoxidation of free fatty acids); 2) epoxidation of vegetable oil. The process was optimized and scaled up in pre-industrial conditions until the production of 2 L/batch.