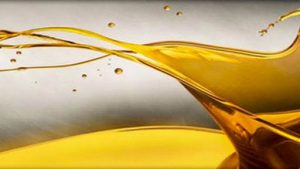 O1-Cardoon seeds are characterised by high oil content (25-33% wt) [7; 8; 3] and present a similar fatty acids composition as the sunflower oil. Epoxidized vegetable oils are important building blocks for the preparation of chemical intermediates that are the basis for a wide variety of products. They are used directly as plasticizers and stabilizers for PVC resins, and can be good substitutes for phthalates that are banned in EU because of their impact on both human health and safety. One of the aims of this project is to study the epoxidation of cardoon seed oil to obtain biodegradable and non-toxic additives to develop industrial products with high added-value by exploiting a local and cheap raw material. The obtained epoxidized cardoon oil will be used as plasticizer of the biopolymers obtained in the project. 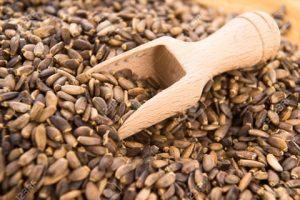 Three technologies to produce epoxides starting from olefins are known, which involve the use of: 1) peracids [9; 10; 11]; 2) organic and inorganic hydroperoxides (with transition metal catalysts) [12; 13; 14; 15]; 3) molecular oxygen. Epoxidized vegetable oils are commercially produced via Prileschajew method using peracids. However, there are severe limitations correlated to this technology: i) the soluble mineral acids, used as catalysts, promote side reactions resulting in a dramatic decrease of the selectivity; ii) environmental problems related to disposal of salts formed during the final neutralization of the mineral acids; iii) technological problems associated to the corrosion and to the difficult separation operations. Starting from these considerations, the research proposed in this project will be focused on the optimization of the epoxidation of cardoon oil. To this regard, production of epoxidized cardoon oil will be studied following two routes: 1) Epoxidation with peracids by using heterogeneous catalysts that will promote the reaction, preventing side reactions [15;16]; 2) Epoxidation by hydrogen peroxide with heterogeneous catalysts, avoiding peracids [13; 14; 15]. Hydrogen peroxide is also environmentally friendly since its only by-product is water and it can be safely handled and stored.

Enzymatic epoxidation of vegetable oils has attracted more attention because it allows to overcome several drawbacks in the chemical processes, before mentioned,

such as the low selectivity. As a fact, the formation of stable peracids takes place in situ directly from free fatty acids, with a significant suppression of side reactions. For these reasons, in CARDIGAN the enzymatic epoxidation will be studied both on the triglycerides and on the free fatty acids, using a lipase catalysed hydrolysis. A cascade enzymatic process will be developed to produce, in sequence, free fatty acids and the corresponding epoxidized derivatives. Even though many investigations in this field have been carried out, there are still gaps to be filled to achieve fully efficient and competitive enzymatic processes. Overall, the present project aims at improving the environmental sustainability by working in solvent-less conditions, thanks to the application of thin-layer technology [17] developed by the applicant [18]. The technology allows optimal mass transfer even in the case of highly viscous mixtures while preserving the mechanical integrity of the biocatalyst. Furthermore, all synthetic processes will be “fully renewable” because the lipase catalyst will be immobilized on renewable and inexpensive biomass (e.g. rice husk) [19], starting from the methodologies already developed. This will allow the recycling of an inexpensive and sustainable bio-catalyst, avoiding the use of fossil-based methacrylic carriers for enzyme immobilization [20]. Moreover, optimal free fatty acids, required to increase the efficiency of this enzymatic epoxidation, will be selected with the aid of computational methods for the modelling and prediction of lipase selectivity and stability [21; 22].